The Cas Chronicles #1: The OTTB Search

Some of you will know how devastated I was when my gorgeous OTTB, In Extreme died last year. He broke his leg playing in his paddock and the vet said that, sadly, it was not fixable. :’(

For a long time, I didn’t ride. Then, for a while, I borrowed a horse from a friend. But, it wasn’t the same. I missed Streamy so much. For all of his quirkiness and his neurotic behaviour, we were best friends.

But, gradually, time did its healing thing and I started to miss riding. Horses fill your life up so much. So I told a few people in the racing industry that I was looking for another OTTB.

One of the friends I told was Robyn, a very good friend in Cape Town, who found Streamy for me.  At one of the racing sales, she asked one of her trainer contacts for “a little horse with a sound mind”. Because that is exactly what I was looking for. He said he might have exactly that available….

I nagged Robyn incessantly, until one wet Cape Town day, she popped past the trainer’s yard to have a look.  She sent me with picture, with the caption: “Is this your horse?” 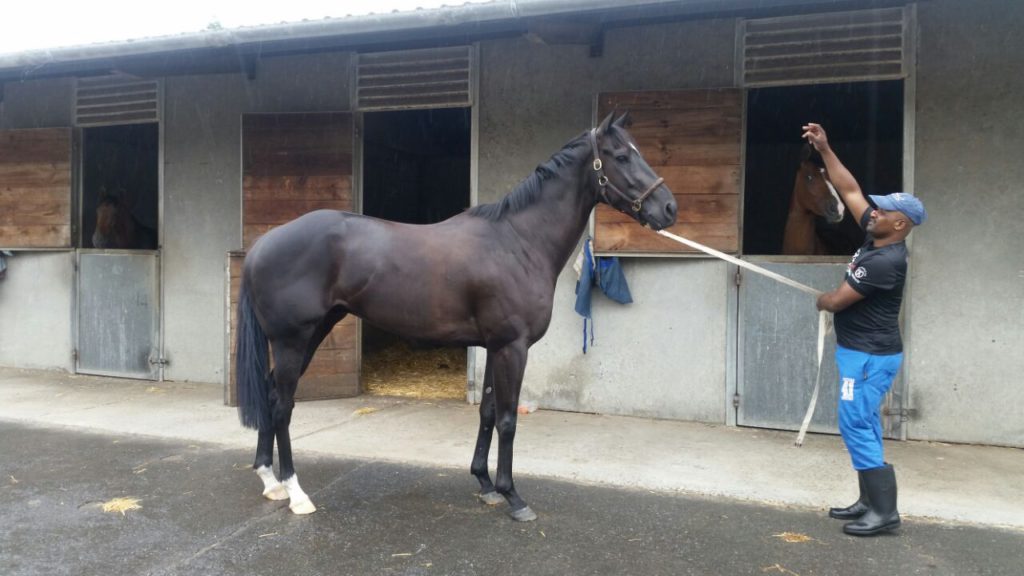 But, as always with horses, there were complications. I prefer small horses, but was he too small? He had a bump on his knee and I didn’t want to end up with problems. And then there was the small matter of transport from Cape Town to Joburg – would it price him out of my range? Not to mention the fact that I’d never actually seen him with my own eyes….

At about this time, another friend told me that they had a horse available, so I went to have a look. WHAT a stunner. Huge, chestnut and an absolute teddy bear. He was such a lovely horse, with such a lovely temperament. But despite all this, he just wasn’t MY horse… (Do you know what I mean?) I decided against him. (He has since gone to such a top, talented rider, I think it worked out best for him too…)

And with my little horse in Cape Town? Things ironed themselves out. The knee was x-rayed and found to be a minor problem. The transport was not that expensive. The trainer, HUGELY generous, decided to give him to me. And I took a chance on him being a bit on the small side.

Before I knew it, he was booked into the float and on his way up to Joburg.