Why we don’t use herbal extracts 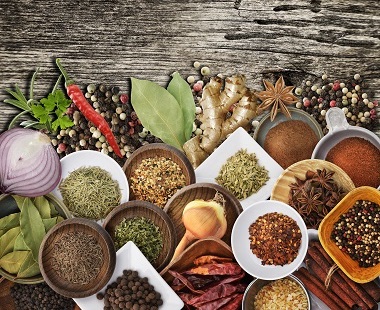 Herbal remedies are as old as humans. Possibly even older. And, often, the knowledge of what and how to use herbs has been passed down through the generations.

Now, the pharmaceutical industry is faced with a dilemma. The use and popularity of herbal products is growing. Why wouldn’t it? They are cheaper, safer and sometimes even more effective than some medicines. But, because the knowledge is out there, in the heads of our grannies and mothers and in the heads of traditional African healers, the pharmaceutical industry can’t patent herbs.

How do they make money out of this growing industry then?

The start of herbal extracts

This is what they do: they try to identify the “active ingredient” in herbs. In Devils Claw, their “active ingredient” is called harpagoside. In Ginkgo biloba, it is a group of molecules called ginkgosides. St John’s Wort’s antidepressant properties are said to come from a molecule called hypericin.

Companies then take the herb, put it through an extraction process involving heat and solvents and filtration and obtain an end result with a guaranteed percentage of their active. This end product is far more concentrated and far more expensive.

There are advantages to these standardised extracts – for example, they are more regulated and more consistent. You will get within a 10% variance of the “active ingredient” every time. You also theoretically need to use less of it to obtain the same effect.

The complexity in herbal extracts

But sadly, the disadvantages are many. By extracting for one molecule, you are losing hundreds of other molecules. And it is very rare in herbs that the medicinal effect is due to one molecule only. As an example, the anti-depressant effect of St John’s Wort is due to the interaction of hypericin, cyclopseudohypericin, hyperforin, isohypericin, protohypericin, pseudohypericin and several other flavonoids. Standardising the extract for hypericin alone just doesn’t make sense.

The fact is, we don’t even know all of the different molecules that make up a herb. All we know is that certain plants have certain medicinal properties. These properties are far more likely to be due to the complex internal interactions between different constituents of a plant than the effect of a single molecule.

Another point is that the straight dried herb has a centuries long history of safety, interactions and dosage. Although the extracts are tested for safety before being placed on the market, a trial of a few weeks just does not compare to the indigenous knowledge of centuries.

The addition of alcohol and other solvents and the process of mixing and further heating also adds a greater risk of contamination and an increased loss of healing molecules other than the so-called “active ingredient”.

In the words of Certified Ayurvedic Practitioner, John Diuillard: “In fact, while herbal extracts have been considered a more concentrated, therefore more potent, bang for your buck, it has now been shown that dried, unprocessed herbs can be 1000 times more potent in ways that are just now being understood.”

This is why The Herbal Pet uses wherever possible, straight, whole, unprocessed dried herbs.