Is Devil’s Claw banned by the FEI? 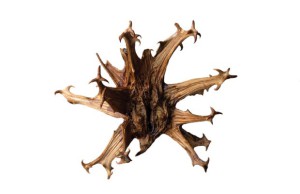 Devil’s Claw, otherwise known as Harpagophytum procumbens, is a plant found in the arid regions of South Africa and Namibia. It has been found to be as effective as NSAIDs (Non-steroidal Anti-Inflammatory Drugs) in reducing inflammation and killing pain, but with far fewer side-effects.

The benefits of Devil’s Claw

How Devil’s Claw works and the best way to administer it are both under discussion still but itseems that it works in several different ways:

Devil’s Claw and the FEI

The FEI (Federation Equestre Internationale) publishes a list of substances that are not allowed to be used during competition. This list is called the ‘Equine Prohibited Substances List’ (EPSL) and you can download the latest version here.

The FEI categorise a prohibited substance as either prohibited or controlled.

Devil’s Claw (or its active ingredient – Harpagoside) was added to the FEI 2016 Equine Prohibited Substances List as a Controlled Medication in 2016. It is listed for its ‘Anti-inflammatory’ activity.

So is it legal to use Devil’s Claw?

In cases like this, if you are using Devil’s Claw (or any other ‘FEI Controlled Substance’ for that matter), you need to make sure that you stop using the substance and allow for a period for it to clear out of your horses’ system BEFORE you compete.

“Before giving any substance to a horse competing at FEI events, athletes and their support personnel should always check if the substance is prohibited. If so, a withdrawal time must be observed before competing and the FEI publishes a ‘List of Detection Times’

The FEI List of Detection Times provides the detection time – the approximate period of time for which a drug (or its metabolite) remains in the system of a horse so that it can be detected by the laboratory – for a limited number of substances regularly used to treat horses during the time they are not competing, i.e. Controlled Medication Substances.

So if you are giving your horse Devil’s Claw (Harpagoside) before an event, when should you stop to make sure you aren’t contravening the FEI controlled substance list? Unfortunately the FEI List of Detection Times doesn’t include Devil’s Claw. In situations like these they recommend you ask your vet to determine a withdrawal period and also use common sense to make a decision.

In an article appearing in the French veterinary press (La Semaine Vétérinaire 30 May 2008), data coming from the anti-doping referenced International French horse racing Laboratory was presented that shows the elimination time (as assessed by urinary excretion of harpagoside, the main indicator for Devil’s Claw administration in the horse), after oral administration, to be very short in fact less than 24 hours.

If you aren’t competing in FEI events, there is no reason to not supplement with Devil’s Claw. In fact, the FEI are tacitly acknowledging that Devil’s Claw (Harpagoside) does have anti-inflammatory properties and that is why we include in some of our products.

If you are competing, the limited research we have found shows that Harpogosde will leave your horse’s system within 12 hours. We would rather sit on the safe side and recommend a withdrawal period of 72 hours (3 days) prior to your competition.

If you still feel uncomfortable, please don’t use any of our products that contain Devil’s Claw (Harpagoside):

Use our products to keep your horse healthy, please don’t use them to compete unfairly

Title
Devil's Claw and the FEI
About
Devil's Claw has been found to be as effective as NSAIDs (Non Steroidal Anti-Inflammatory Drugs) in reducing inflammation and killing pain, but with far fewer side-effects. It's understandable why the FEI listed it as a 'Controlled Medication' though and we discuss our thoughts on its contineed inclusion in some of our products.
Written by
Beryl Shuttleworth
Brought to you by
The Herbal Horse and Pet