The role of Serotonin in dog anxiety

When your brain wants to send a message from one neuron to the next, it uses chemical substances called neurotransmitters. One of the major neurotransmitters in the brain is called serotonin. Studies in animals and humans have revealed that serotonin is responsible for feelings of well being, calmness, relaxation, confidence and concentration.

So, what happens if you don’t have enough serotonin? Fear, aggression, anxiety. But you’d be surprised at how often serotonin deficiency is simply due to dietary imbalances. Easy to fix.

When we first started making herbal products, we formulated our Calm mix using tryptophan. But we encountered a problem – the product seemed to become less effective with time.

A bit of research showed us where we were going wrong:

Because of these problems, we switched to using 5-HTP. 5-Hydroxy Tryptophan (5-HTP) is also a completely natural substance, derived from the seed pods of Griffonia, a West African plant. Side effects are very rare and 5-HTP has been shown to be VERY effective. (In fact, so effective that is has the manufacturers of Prozac etc. very worried.)

What does this mean in terms of our animals? It means that if you have an overly aggressive, nervous, anxious, timid or overly excitable dog, supplementation with Serenity Formula might just help. Also, with Guy Fawkes coming up, it may make traumatic experiences slightly less traumatic. 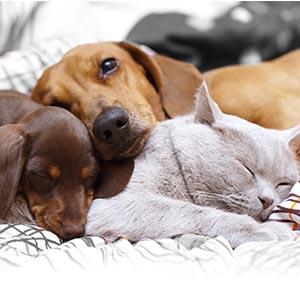